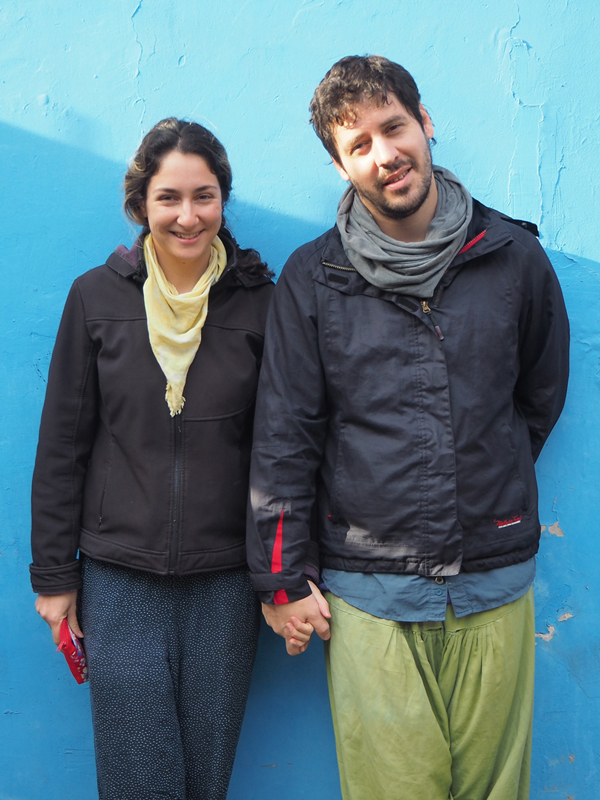 We were traveling for eighteen months, only through hitchhiking. One time we were in French Guiana and were asking for somebody to pick us up. Somebody going in the opposite direction, on the other side of the highway, stopped and called us over. She only spoke French. We didn’t speak a single word of French, but: Come, come, come! Get in the car, get in the car, there’s a storm coming!

She was a grandmother. She invited us into her house and we stayed there for a week! Invited by her without us speaking a word of French! That gave us a lot of trust in people. There are many more good people in the world than bad. Just that the bad ones have a lot of publicity.

We sing a song by an Argentinian singer who was renowned in many countries in the world. It’s a song about Latin America itself, and it speaks a little about our own journey. It was lovely to see the people who knew the song, more than anything the older people, singing it with us, accompanying us in the rhythm…

Singing that song, I realized that the most important thing isn’t to sing well, but rather the message you transmit, to transmit something and to reach people. And to see that the people give you something in return, a smile or applause, means that through your voice you reached that person. I discovered what was most important, because after four years of studying with a professor, I realized that she had a lot of technique but no street smarts, she didn’t have any contact with the people. That’s what I learned from singing that song.

And what was the song?

“Canción con todos.” [“Song with everyone.”]